Belief In Homeownership As An Investment Is Far From Dead

Following last year’s real estate market was like riding a rollercoaster. The market started off strong in 2018 and then softened before finishing with a mild flurry. However, one thing that did not waiver was America’s belief that owning a home makes sense from a financial standpoint.

An end-of-the-year survey by the Federal Reserve Bank’s Center for Microeconomic Data revealed that:

“The majority of households continue to view housing as a good financial investment.”

And that percentage has increased over the last three years. 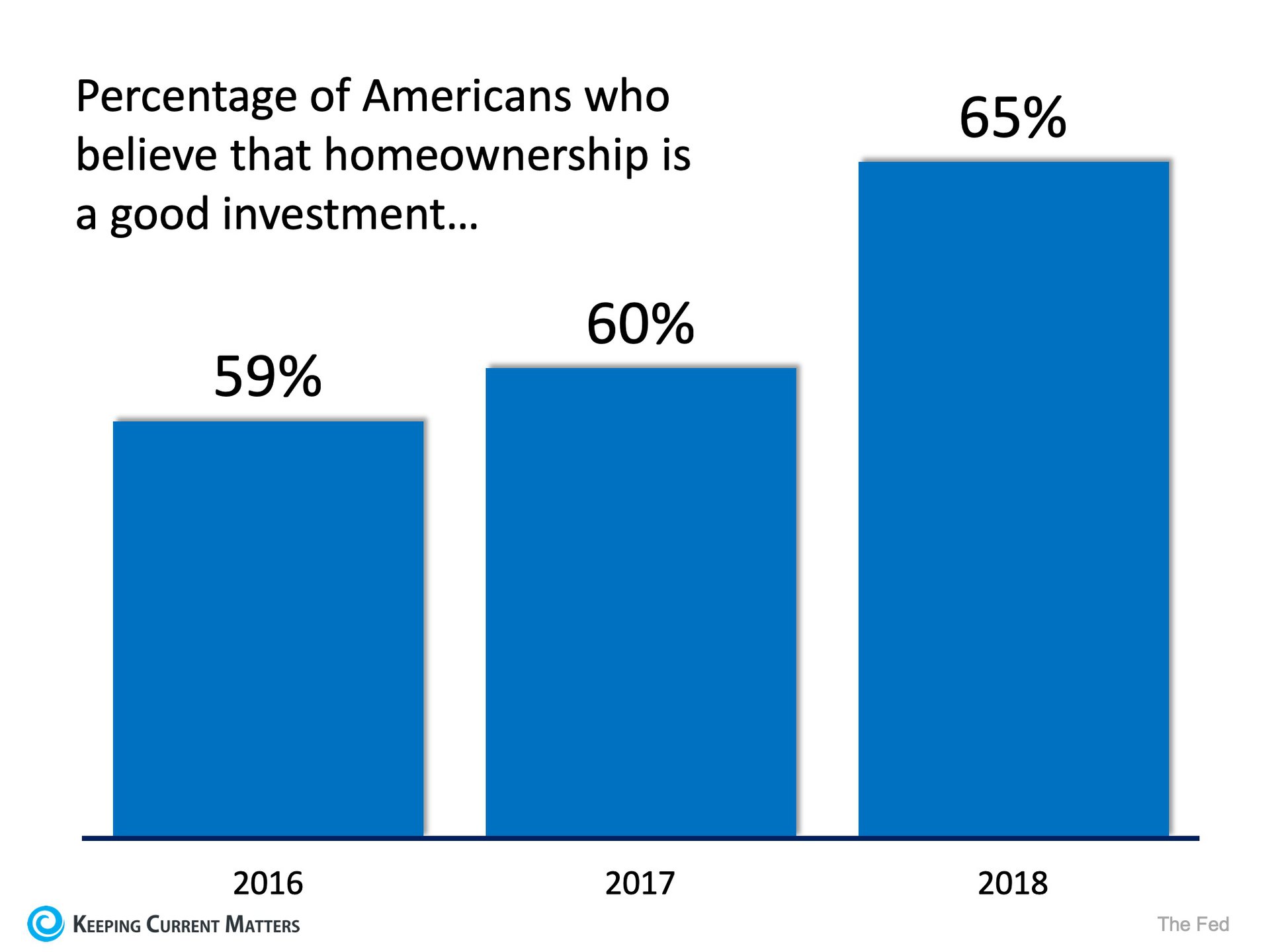 Though there is some uncertainty as to how the real estate market will perform over the next twelve months, one thing remains very certain: America’s belief in homeownership.